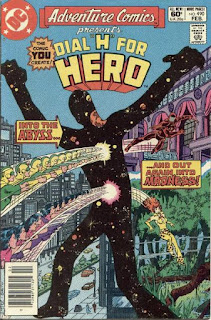 In our final installment of the "Dial Q for Quarter-Bin" summer series, Professor Alan (by himself) takes on a story with A TON of listener submissions. And the episode features a surprise guest appearance by someone with very strong opinions.

Source: World's Greatest Comics
Posted by Relatively Geeky at 2:44 AM