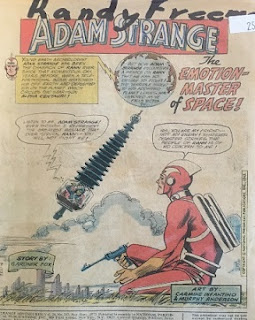 "The Emotion-Master of Space," by Gardner Fox, with art by Carmen Infantino and Murphy Anderson.

"Emperor of the Earth," by Gardner Fox & Murphy Anderson.

Source:World's Greatest Comics
Posted by Relatively Geeky at 3:34 AM