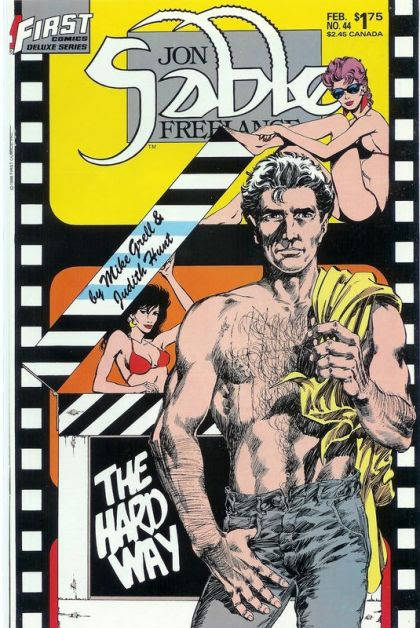 A movie cast reunites on a cruise to Cannes for the film's premiere. There is only one copy of the film, and Jon Sable is hired to protect the valuable print. But there are many people on the yacht would benefit if the movie was never seen by the public. Can Sable protect the film -- and will he ever wear a shirt at any point during the entire issue? Listen to the episode to find out!

Click on the player below to listen to the episode:

Special thanks to Paul Alves and Sir Jimmy.
Posted by Relatively Geeky at 7:47 AM